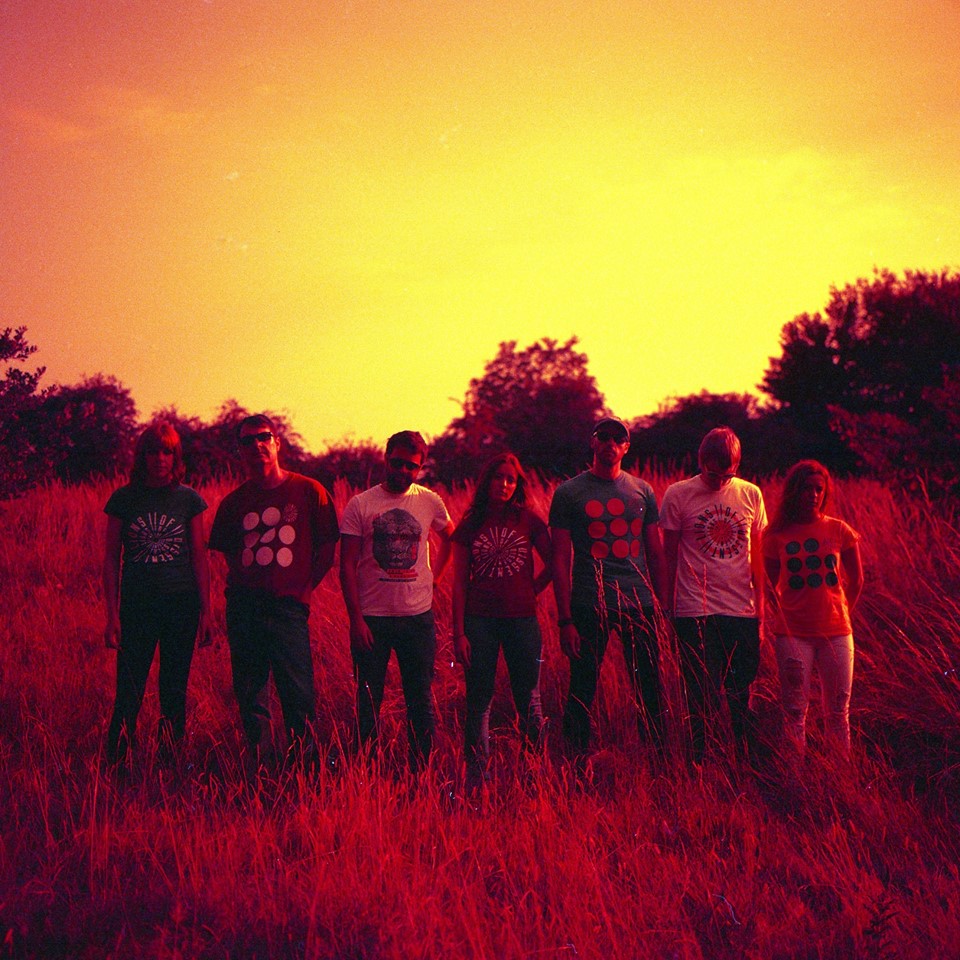 Lions Of Dissent Weigh in with their 10 Answers and give some in-depth answers!

Where did your band name come from?
I had the name a good year before I did anything with it, it sounded like a group of freedom fighters or activists and I knew I would use it for something vital. Originally it was going to be used as a company name for film soundtracks and multimedia projects but with a combination of coincidence and fate, things changed very quickly and we ended being a full on music and art collective. We went from 1 to 7 members in under 2 years.
What made you want to get into music?
For me it is the ultimate form of artistic expression and at times it has literally saved my life. Music is all I’ve ever wanted to do. I was obsessed with the Sex Pistols at a very early age and that was it really – they were like my musical gateway drug to a whole new world that I’ve never really left.
Best venue you’ve ever played and why?
We’ve been fortunate to have played some great places, but so far I would have to pick Newhampton Arts Centre in Wolverhampton – we did our first gig there to a sell out crowd so it holds a special place. Not only that, the production values are amazing and the stage is massive which is a big help when there are seven members to fit on.
One band/artist you’d love to support?
I could pick loads for this but i’m gonna have to say Public Image Limited.
What’s the greatest love song ever written?
God Only Knows – Beach Boys

The best album that you’ve heard this year?
I really liked Noel Gallagher’s latest LP, David Holmes who produced it is probably the best producer in the world. I think he really brought the best out of Noel. I’m also really looking forward to the new Spiritualized record too and of course there’s always a great new BJM album around.
Most overrated band/artist of all time?
I don’t want the bad karma of picking someone for this so I’m gonna go most underrated if that’s ok, I’m gonna pick my old friends Exit Calm, their bass player is one of the best I’ve ever seen.
What was the last song you streamed on Spotify?
Bells and Circles from the new Underworld and Iggy Pop EP
Which three artists/bands should we be looking out for? (Musically not for Criminal Offences)
Darryl and Si from our group are working on a new project under the name ‘Roman Missile Unit’ which is definitely gonna be worth checking out.
Burning Astronomers are great songwriters, a couple of us guested on a track of there’s called ‘Red Van’, I recommend checking out the EP of the same name – it’s a great introduction to their work.
Finally I’m gonna pick Violet, I think they’re a great young band with a big future. They supported us at the back end of last year and were really good.
What do you want to accomplish next as a band?
We want to get out and play further afield, get on a few festivals next and to just keep enjoying it and keep getting better and progressing. Being in this band is a privilege for me, I couldn’t ask for better bandmates or musicians to work with.
Just would like to say thanks once again to Tim from the band for taking the 10 Questions on. Make sure you follow Lions of Dissent and listen to their debut EP What Would It Fee Like To Be Free!
Follow them! – Twitter
Debut EP – Listen Here!
‘Honey From Hell’ – Listen Here!

Strange Bones discuss the Punk Renaissance, Crazy Gigs, and how it all started | Interview

3 Mar 2020
We use cookies to ensure that we give you the best experience on our website. If you continue to use this site we will assume that you are happy with it.Ok