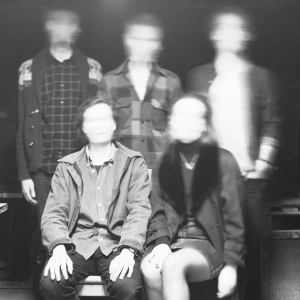 First things first how did you come to be?
Some of us go way back. Some of us were collected along the way. Either way, it made sense that we start making music together. We tentatively felt each other out in practice rooms and basements, and our bonds of super fantastic friendship were solidified at a Cheatah’s gig at Wharf Chambers in Leeds.

What genre of music would you say you play?
I’m not sure we’ve really ever thought about that, we like to tour different genres. We’re fuzzy and rough and soupy and poppy. I promise you’ll like at least one of our songs. I think if we decided to settle on a genre it would be an unmitigated disaster.

Which bands/artists do you take influences from?
We could probably give you six totally different answers for this. There are some bands that at least some of us share a fondness for though. Like: Deerhunter, Yo La Tengo, Thee Oh Sees, Talking Heads, Throwing Muses. We’re all influenced by a lot of stuff that isn’t music too.

Best venue you’ve ever played and why?
Basic bitch answer alert: Every time we’ve played at the Brudenell Social Club it’s been particularly memorable. We also had a great time at Islington Mill in Salford recently, and the Trades Club in Hebden Bridge was a pretty amazing space.

Best gig you’ve ever attended?
Yeesh, what a question. We played on the same bill as Bo Ningen recently and they were jaw dropping. Best ever though? Man, I don’t know. I had a good solid sing along with Leonard Cohen a couple of years ago at the Leeds arena, I think that has some added significance now that he’s shuffled off this mortal coil.

A band you would most like to support and why?
We played with Weaves last summer, it’d be lovely to get on the same bill as them again. What an absolutely ferocious set of musicians. We’ve been pretty lucky with support slots so far, I can’t say we’re jonesing after playing with any of the big guys right now. Maybe one day we could share a stage and a few tender words with Deerhunter? Or Owls, or Slint or something? It’d be great to pick the brains of the guys in those bands; as terrifying as it’d probably be to talk to them.

A band that you would like to work with?
Connan Mockasin seems to have a career mainly consisting of weird collaborations; I think that would be an obvious choice. Some kind of weird noise-pop screech fest with falsetto vocals and porno-grooves. Either that, or maybe David Byrne would let us help him write a musical?

Biggest accomplishment as a band/solo artist?
I don’t think we’ve really been counting the milestones all that much, so far it’s been more like a bunch of small, consistently good things happening. Steve Lamacq has spun us a couple of times, and we put out our first physical single release in February (via small label Come Play With Me). Every time we finish a new piece of music, or even just scribble down an idea that excites us, it feels like a big deal to us. We’re still pretty fresh though; I think the best stuff is yet to come.
What’s next in the pipeline?
We’re collaborating with artist Joel Burden on a zine that’s being released through CLUE Records in April, and putting out a new track to accompany it. After that, we have some festival shows like Live @ Leeds, Blue Dot, and Humber Street Sesh over the Summer. In the second half of the year we’re recording and working on some super secret mystery projects. Sign up to our mailing list to hear it straight from our pouty mouths as it happens: http://teampictureband.com/Subscribe
Thanks for taking the time to answer the questions guys, and we wish you all the best with your next projects!

New music 📀📀 In fitting with the Great Briti

Flashback Friday 🗓🗓 Can you believe all thes