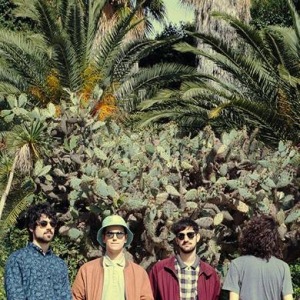 Baywaves are not new to WFM because we featured them many moons ago, so fast forward a year or so and where are the band now?
Well they’re still together which is always a good thing and, they’ve continued to make awesome music with ‘Marsupilami’ to prove it. The Spanish band have created quite the buzz over in Spain which has seen them get signed by Foehn Records.
The track takes a lot of influence from Tame Impala with their spaced out vocals and fuzzy guitar, however they take a more pop route with their ridiculously catchy hooks and chorus. The band have told me they give a lot of credit to King Gizzard man Joe Walke for their sound, which is larger than life at times.
This will feature on their upcoming EP ‘Only For Uz’ which is setting itself up to be a promising release.
Words by Alex Wise @al4563