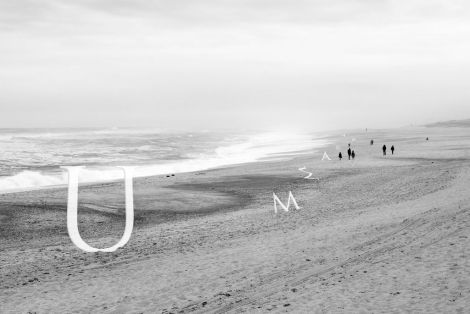 Ummagma are probably one of the strangest duos you will ever come across, but that is meant in a good sense. The duo is made up of Shauna McLarnon who hails from Canada and Alexx Kretov from Ukraine, and together they make soundscapes, mesmerizing vocals and beast to deliver a rich and rewarding listen. Their music stretches across sever genres which include, dream-pop, shoegaze, alt-pop to mention a few, the couple met at an acoustic guitar concert, their relationship developing into a marriage and then into a musical partenership which they called Ummagma. They both have a rich back ground of music with Shauna singing acapella and working with various Moscow musicians, while Alexx was a solo guitarist experimenting with home recording. Beginning in 2003, they set up a home recording studio so they could work on their music at home, developing and honing their musical skills and sound they upgraded their studio and recorded music.

You’ll never listen to a piece of music like this anywhere else, not with the same attention to detail, composition or with the same mind baffling video that is accompanied with it.The atmospheric sounds created by Ummagma in this piece deserve your complete attention along with some appraisals, for it’s like nothing I’ve ever heard. Not only is this a piece of music but it classes as a piece of art in sound for it’s not something you can just listen and sing along to, it’s not something you can learn to play on the guitar, it’s just something you’ve just got to listen to appreciate. Theirs not a lot of elements to the song as there’s no real vocals or notable guitars playing, but everything that is there is works for the song, and works well. With the slow drifting beat in the background and the slumber sound just lingering about, you just feel at ease and relaxed.

I wish I could say more about this piece, but I can’t because it leaves you speechless. Just a few other tracks they have, if your mind hasn’t been blown enough.