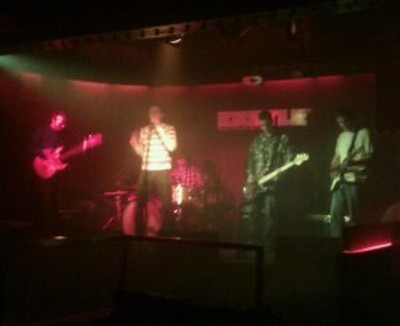 
Another band that hail from Manchester, and having influences like, Radiohead, Spritulized, Pixies and Jason Donovan, and like the told me one of those may not be true. So looking at the list of bands their you can see their not your typical Madchester band.

They’re a psychedelic band, and they are PSYCHEDELIC, they only have the one track to my knowledge but that is enough too send you on your way for a while.

You can tell it’s quite special from the first drum beat because, it sounds different from all the other generic drum beats, then you get this little sound in the back ground, then these vocals come over it ‘walk away from a fire and start again’, which made me think wasn’t just another generic psychedelic band, that are trying too hard and it sounds awful. I really like how it’s been composed and put together, I’ve pointed this out in the past, it’s hard to create music like this because you can’t just bash chords out, the notes have to be thought about and you can tell they have been here.http://wordsformusic.wordpress.com/wp-admin/post-new.php

One of the most psychedelic songs I’ve listened to in quite a while, also it has some really good vocals on it the lead singer should be really proud. Lets get behind them.